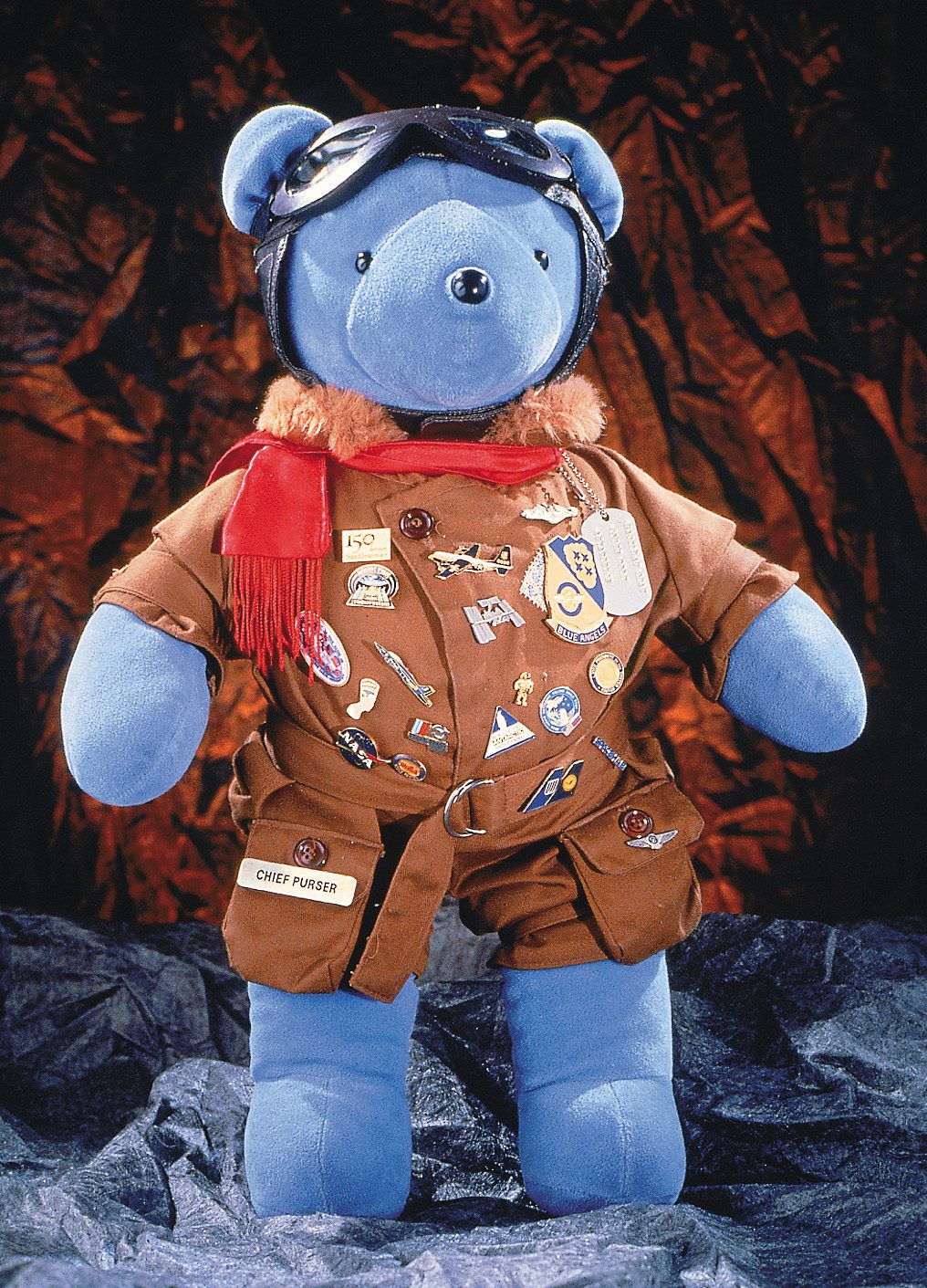 … well, we may not be hosting a teddy bears picnic but, if you’ve ever visited The Boutique at House of Marbles, you’ll know that we are quite partial to a classic soft toy or two. As you enter our Bovey Tracey headquarters, you’ll find our beautiful collection of Steiff bears taking pride of place, and Jellycat bunnies, sloths, puppies, lions, hippos, laughing eggs and various fruit and veg perched in every nook and cranny. We’re clearly not alone in our love of the traditional soft toy. We are forever watching little ones, and not so little ones, cooing over the quirky creatures before grabbing hold for a quick cuddle. It’s no surprise to us that these plush little play things create such an emotional reaction. It has, after all, been scientifically proven that humans have an instant and spontaneous response to the big eyes, large foreheads and stumpy features that almost every soft toy possesses. As Steiff bears and Jellycats are carefully selected from The Boutique by our customers to grace the homes, cribs and arms of children and collectors from across Devon and the rest of the UK, little do the recipients know of the wellbeing benefits that these fluffy creatures will bestow upon them. From building self-esteem by offering comfort from their greatest fears, to stimulating their imagination by being the leading character in every one of their make believe role plays, soft toys are a true wonder in every way. So, we thought we’d celebrate these life long companions by looking at some funny and interesting facts about the origins and adventures of the humble teddy bear since their invention 120 years ago.

1. In 1902, almost 4000 miles apart, and unknown to each other, two inventors were creating their own versions of the first Teddy Bear. Morris Michtom and his wife from Brooklyn had been making stuffed animals for a while but decided to create the Teddy Bear after seeing a cartoon in depicting the American President, Teddy Roosevelt out on a bear hunt. He had refused to shoot the bear so Michtom decided to name the bear ‘Teddy’ after him. However, over in Stuttgart, Richard Steiff was also working on a more advanced version of a stuffed bear. One which had jointed limbs. Steiff exhibited his bear, known simply as 55PB at a toy fair in 1903 and has since become one of the most iconic teddy bears in the world.

2. Istavanne Arnoczki from Hungary is the proud owner of the largest teddy bear collection in the world. In 2019, her collection included a whopping 20,367 bears! How does she get into bed at night?

3. The Guinness book of world records has Cheryl Moss of South Africa noted as being the maker of the smallest commercially available stitched teddy bear, measuring just 9mm in height.

4. In stark contrast, the largest bear ever made is 19.41m in length. The largest teddy bear measures 19.41 m (63 ft 8 in) in length, and was constructed in April 2019. The bear was displayed at the local stadium in the city of Xonacatlán, Mexico and came complete with details such as tiara, dress, eyes and nose.

5. Magellan T. Bear was a bear on an education mission for Colorado Elemetary School when blasting off into space aboard the Space Shuttle Discovery in 1995. Surely the most widely travelled teddy, Magellan also circumnavigated the globe and visited Antarctica.

6. 1995 was a fun year for the bears. On 24th June that year the largest teddy bears picnic was held at Dublin Zoo. 33,573 bears and their owners attended the event according to the Guinness Book of Records.

7. On 24th August 2013, Babbage the bear took an altogether different mission into space. This time, it was part of the Raspberry Pi Foundation’s attempt to replicate Australian Daredevil, Felix Baumgartner’s famous base jump to earth from a Helium balloon. Babbage, who’s base was powered by a Raspberry Pi weather balloon reached 41km in altitude (2km higher than Baumgartner) before tumbling back down to earth.

8. Steiff has made quite a name for the teddy bear. The brand is always top of the list when it comes to most expensive teddy ever sold. A Steiff ‘Louis Vuitton’ teddy bear made in 2000 and measuring 45 cm sold at Christie’s in Monaco in October 2000 for a whopping £125,831.

9. The second most expensive bear was also a Steiff bear named Teddy Girl, who was sold for £110,000 at Christie’s London in December 1994. The value was more than 18 times the estimate and twice the previous world record. Teddy Girl was made in 1905, only a year after Steiff made his first jointed plush teddy bear, and had a particularly well-documented history. She belonged to a prominent collector, Colonel Bob Henderson, who took her everywhere with him – even to his landing on the D-Day beaches, where he was a small arms adviser to Field Marshal Montgomery.

10. The popularity of teddy bears continues to grow with millions being sold each year. The total teddy bear market is now thought to be worth more than $8bn.

It’s for all these reasons that we love soft toys at The Boutique and are incredibly proud to stock some of the most iconic characters from the popular British brand Jellycat. Silly by nature, the name was simply dreamt up by a child who loved jellies and cats and giggled at the thought of them together. They put their success down to combining their cute and quirky designs with the most luxurious fabrics. Any parent that has ever given their little one a Jellycat toy will understand the impact they have. Perish the thought that one should accidentally drop from the pram or get left behind at a playdate. Some would even go as far as buying two of their child’s favourites to ensure that they are never missing their best buddy. But who are we to possibly say. What makes Jellycat extra special is that they recognize that a soft toy is not just for kids and have instead created a fun and frivolous range of food and nature inspired curiosities including plush sandwiches, detox drinks and houseplants that any adult would be happy to receive as a gift as well. There really is something for everyone at The Boutique. Click here to view our full range of Jellycat toys, and click here to view our collectible Steiff range.